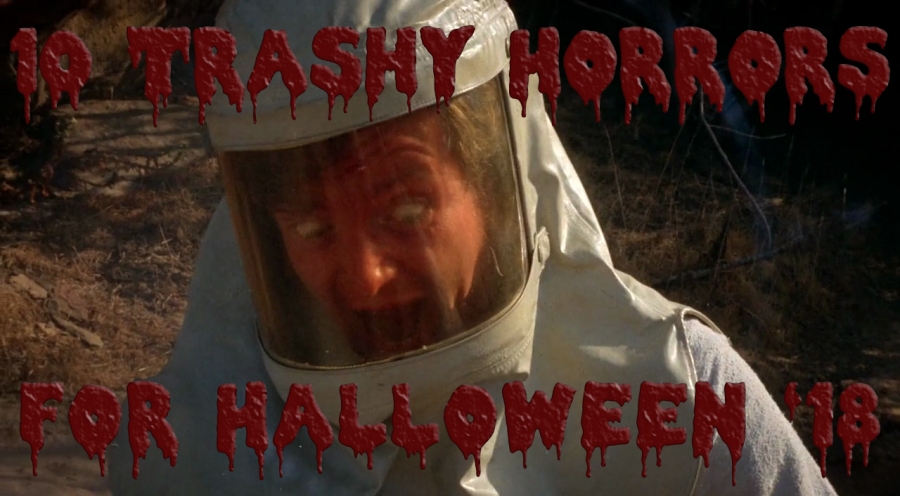 If you’ve got a soft spot for trashy, silly, and unscary horrors, this list is just what you need. Let’s inject a little more excitement into your Halloween party, movie marathon, or quiet night alone ignoring those kids at the door. No matter what your preferred style of freaky film is, I’m sure you’ll find something that screams at you from this rubbish heap of genre-film glory. There’s everything from low budgets, to inept and inexperienced actors, to abysmal special effects and costuming. A bunch of these terrifyingly terrible titles I have written about on this website, so if you want to know more about them, just click the link. And yes, they are roughly ranked in terms of enjoyment, but they’re all a frightfully good time in their own, special way. 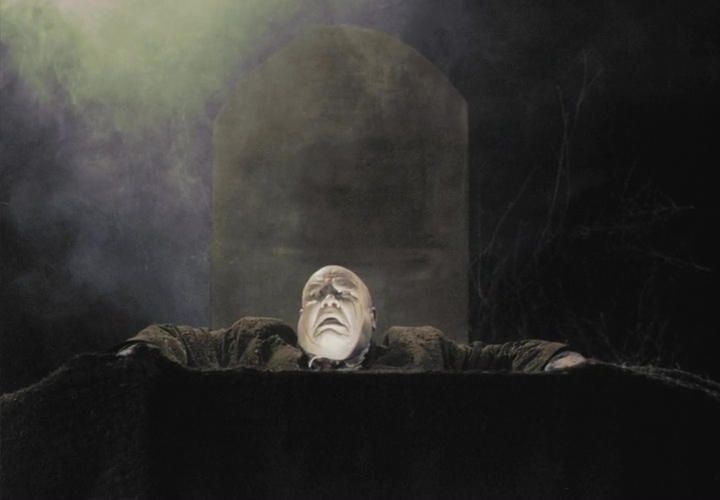 Widely regarded as one of the worst movies ever made, this was meant to be a spooky supernatural sci-fi horror. However, thanks to a lack of planning, budget, and moviemaking abilities it’s just a slow drag of a movie. While it is from a time when b movie actors were actually very adept, unfortunately every other aspect of this movie lets it down. You’ve gotta hand it to Ed Wood though, the premise of camp-looking aliens coming to earth to reanimate the dead isn’t bad for one made up on the fly in the wake of Bela Lugosi’s death – in order to make use of the footage he’d already shot of him, of course. It’s the kind of thing you sit through just to say you did. 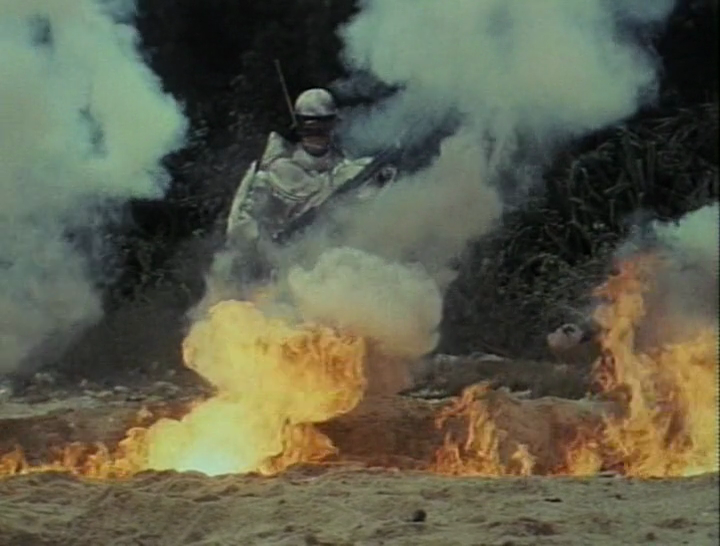 A candidate for the worst movie I’ve ever seen, it’s stretching to call it a true horror, but hey. Prepare your whole body, all of your senses, and warn your immediate family, because Robo Vampire is an experience out of this world. It features a trash can RoboCop, brought to life in Hong Kong to fight a minor drug lord and a Chinese wizard who controls jumping, flipping, smoke breathing, firework shooting, immortal vampires. Take that and throw in an incongruous half an hour of Thai (I think) mercenaries recovering prisoners from evil dudes – the kind who throw jumbo cartons of eggs on the ground for no reason – and you’ve got yourself this incredible pile of garbage. And I mean garbage. 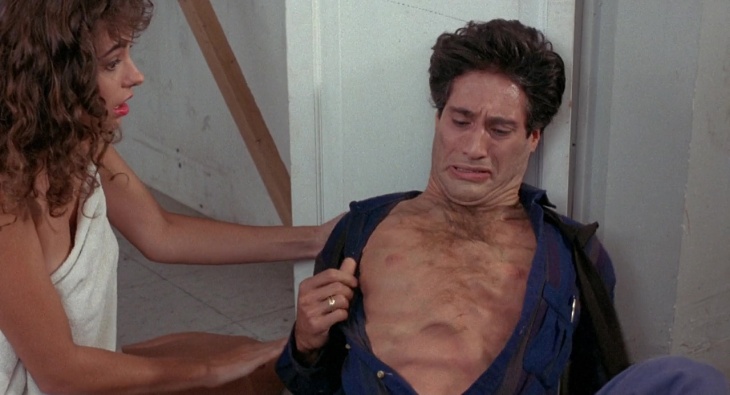 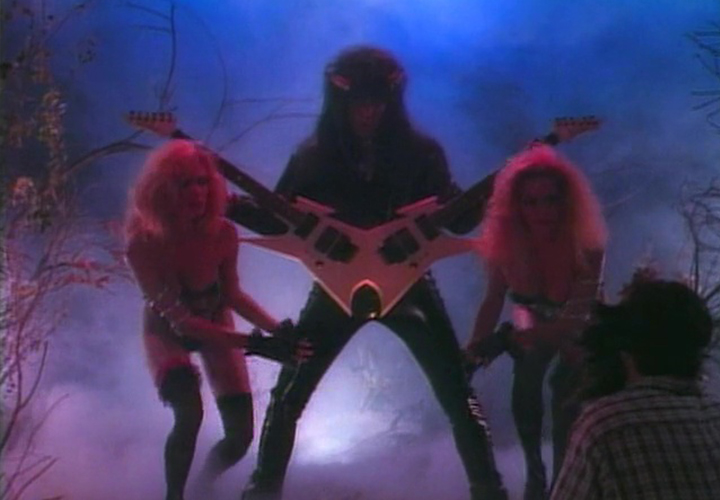 An appropriately trashy, glam metal rhapsody about a guy who sells his soul (in a voodoo ritual involving Michael Angelo Batio, no less) to get some sweet rock skills and a sick wig. The catch is he has to kill to survive, oh how his life will change. With cheesy horror style and many classic tropes, combined with tacky metal make-up and costuming, it’s a real overload of the senses. There are some critical comments on the music business, and a little dumb comedy to flesh out the wacky yet derivative premise. A real guilty pleasure, and a great party movie. 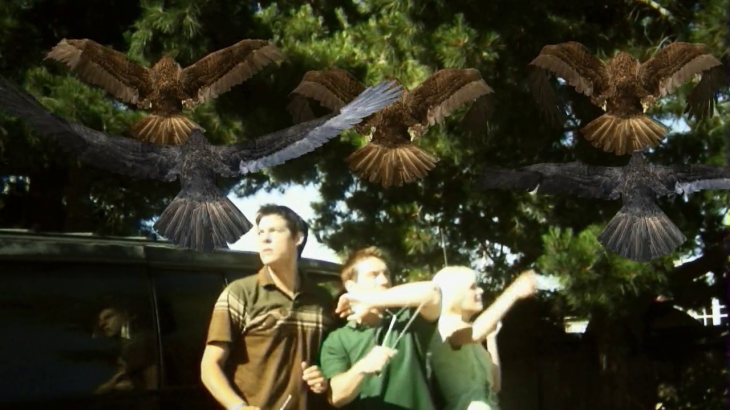 Is this even a horror? I think it’s meant to be, that or a heart-warming environmental film where birds happen to go crazy and kill people. Writer and director James Nguyen has outdone himself on every level with this one, managing to be preachier than any evangelist convention, and dodgier than any student production. It’s a pity he didn’t put as much effort into the writing or CG as he did the guerrilla marketing campaign – unsurprisingly he went to great lengths to get a distributor to actually touch it. At least The Birds held up back in the day, this one never even came close. A truly unbelievable experience. 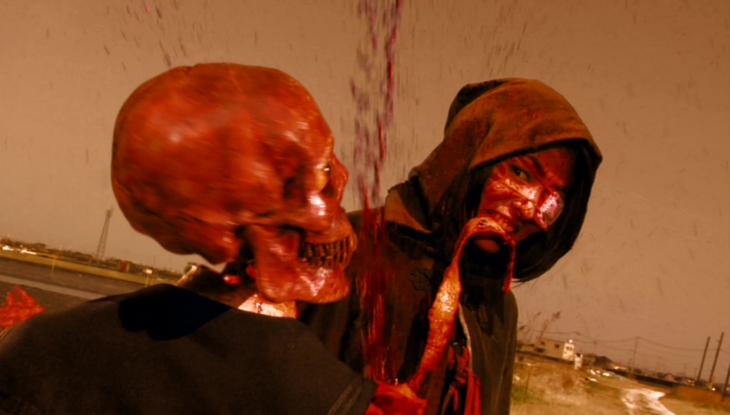 Let’s add a liberal dash of gore to the mix, just what every Halloween needs, or any day really. This one is a total riot, packing in all the expected visual and comedic goodness for a Japanese splatter film. You want feet monsters, bone samurai, and re-animated nurses? You got ’em. The wacky narrative leaves ample screen time for the titular characters and other bizarre creatures to battle, as blood actually rains. It’s a fantastic movie from a fantastic subgenre, get into it. 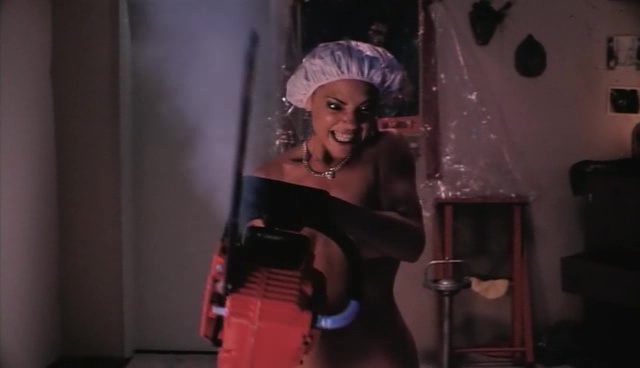 The name pretty much sums it up. An intentionally comedic cracker from trash auteur Fred Olen Ray, and boy is it a good time. Silly dialogue drives an absolutely insane plot into some fantastically bizarre territory, while being self-aware and sarcastic in a way horrors just weren’t back then. It’s solid, trashy gold – from the noir-style, narrating detective, to naked girls chopping fellas up. Its as ridiculous and entertaining as it sounds. Definitely one for the end of the night when everyone’s drunk enough to appreciate its goofy genius. 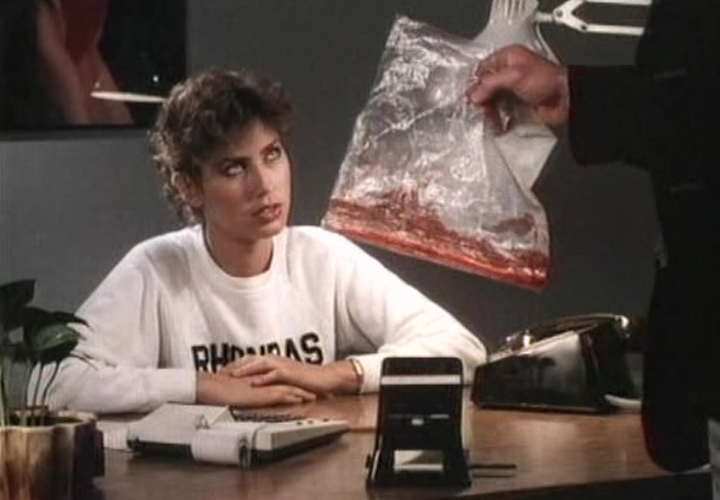 With a pair of names like that how can you go wrong? The premise of a maniac preying on members at a health club is frankly genius as cultural stereotypes and horror tropes provide a fertile playground for this truly trashy horror. It’s just so deliciously 80s. This really is a fantastic low-budget affair, filled with all the glorious 80s goodness, and horror silliness you could want – screechy synthesiser, aerobics classes, body builders, and a shadowy villain murdering the pretty people with an oversized safety pin…. It’s a cracker alright. 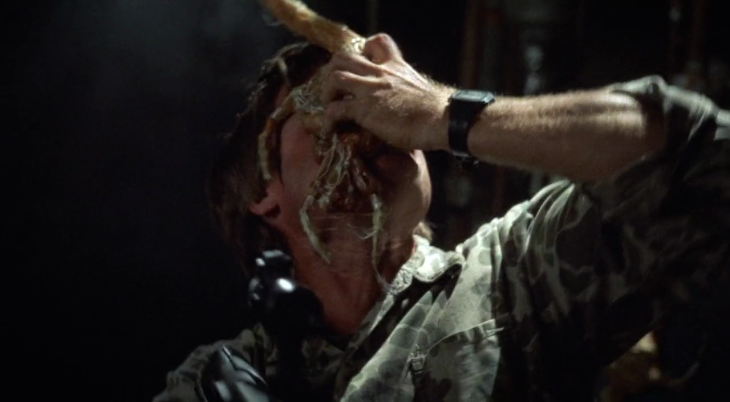 Another one springing from the fertile mind of Fred Olen Ray, this is a ridiculous adventure chronicling the arrival of a little alien on earth. Played by the director’s son, the little fella leaves a trail of destruction, murdered townsfolk, and pop culture references. If you’ve ever wondered where Stranger Things got its ideas from, check this one out, not that this cheap scare flick is particularly original itself. A terrifyingly trashy affair that will have you laughing rather than screaming, it really embodies the essence of this list.